On July 29, 2021, Law No. 10 of 2021, relating to the Measures for Hosting the FIFA World Cup Qatar 2022 (“FIFA Law”), was enacted. There are ten chapters and 43 articles in the law. The FIFA Law addresses various procedural aspects of the FIFA World Cup in 2022 (the “Tournament”) and in particular, covers the governmental guarantees and allowances granted by the State of Qatar on February 22, 2010. The governmental guarantees and allowances relate to the following areas: 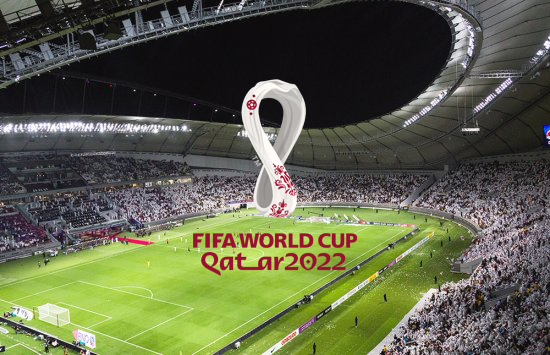 The contractual relationship between FIFA and the State of Qatar is regulated by the Governmental Guarantees which operate to ensure that all stakeholders are protected and that the Tournament proceeds smoothly.

The FIFA Law is primarily targeted towards facilitating, among others, the activities of FIFA and its affiliated organisations, the contractors they engage, the suppliers of goods, work contractors and service providers, FIFA’s commercial partners, event broadcasters, continental confederations, national football associations, the Host Association and the Supreme Committee (“Targeted Entities”).

Pursuant to Article 2 of the FIFA Law, the provisions of the law will be applicable during the Tournament period, which is stated under the law to start 10 days prior to the opening match of Tournament and finish 5 days following the date of the last match.

While the FIFA Law largely aims to facilitate FIFA’s operations during the Tournament, it also provides certain benefits for the fans including relaxation of visa requirements as well as free emergency medical services during the course of the Tournament.

The second chapter of the FIFA Law regulates procedures relating to entry and exit permits, passports, and travel. In order to ensure that visas are issued in an efficient manner, the FIFA Law provides that visas for individuals listed in the FIFA schedules will be issued within 5 days from the date of receiving the required documents.

To avoid procedural delays for employees associated with the Tournament, the FIFA Law provides for exemptions relating to obtaining work permits for certain employees. The FIFA Law also provides that foreign workers will not be required to provide their work permits during the Tournament. This rule applies to employees of the Targeted Entities as well. Furthermore, employees of the Target Entities will be exempted from labour laws in Qatar, namely Law No. 14 of 2004 (the “Labour Law”) and the Qatar Financial Centre Employment regulations.

FIFA and the Supreme Committee have also been allowed to appoint volunteers without obtaining work permits pursuant to Article 35 of the FIFA Law. Foreign volunteers will be given entry permits valid for one or more entries, which will expire at the conclusion of the Tournament.

The Third Chapter of the FIFA Law provides that the Target Entities are exempted from any fees and taxes. The Ministry of Finance will issue decisions, which will address these exemptions further.

The Fourth Chapter of the FIFA Law sets out the powers and authorities of the Security Committee enabling it to implement the measures required to ensure a safe and secure Tournament.

The FIFA Law in Chapter 5 sets our various banking and currency related exemptions for sale, purchase and exchange of US Dollars, Euros and Swiss Francs relating to the activities of the Target Entities. Specifically, the Chapter 5 states there shall be no restrictions on the following:

(i) sale and purchase of the Qatar’s currency and foreign currencies;

(ii) foreign currency entering and exiting the country; and

(iii) the amount of currency exchanged during the Tournament.

This rule, by a request from the Supreme Committee to Qatar Central Bank, could be applied prior to the Tournament period and it can be extended up to 90 days after the end date.

Rights of FIFA and the Targeted Entities

The protections set out under Chapter 6 prohibit the use, registration, imitation, reproduction or modification of FIFA Intellectual Property without authorisation by FIFA.

Article 15 of the FIFA Law provides the following rights for FIFA:

The FIFA Law also prohibits anti-competitive practices such as:

The Target Entities are also allowed to establish companies with 100% foreign ownership, which would otherwise require an exemption from the Ministry of Commerce and Industry. Under the FIFA Law, the term of such companies will expire 90 days after the end of the Tournament unless such entities are regularised in accordance with the provisions of the laws in force in Qatar, and the competent authorities shall facilitate the liquidation procedures of these companies.

Furthermore, Article 30 of the FIFA Law provides that placement of FIFA advertisements will be exempted from the provisions of Law No. 7 of 2019 regarding the protection of the Arabic language and Law No. 1 of 2021 regarding the Regulation and Control of the Placement of the Advertising.

The FIFA Law imposes harsh penalties on those violating its provisions. Offenses involving unauthorised sale of tickets are punishable by a fine that is proportional to the number of tickets involved in a single infraction, according to the reconciliation table attached to the FIFA Law. As a result, if a person resells more than one ticket without FIFA’s approval, the fine applied is three times the value of the tickets. The fine is five times the value of each ticket if the number of unauthorised ticket sales exceeds eleven tickets. If the employee of a legal person is held to have committed the violation on behalf of his or employer, the FIFA Law provides that the employer shall be held jointly liable for the applicable fines.

Legal entities are subject to double the fines while persons responsible for management of the violating legal entity are punishable by the same penalty provided the manager was cognisant of the violation or contributed by way of a breach of his or her duties.

The FIFA Law will prove to be instrumental towards the success of the Tournament by facilitating the fans and the organisations involved alike. Qatar hosted the FIFA Arab Cup 2021 which proved to be a major success.  Qatar continues to strive towards hosting a memorable World Cup and with the experience of organising the FIFA Arab Cup 2021 and other major sporting events as well as the introduction of key legislation like the FIFA Law, we see many positive signs pointing towards success.